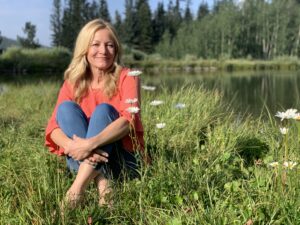 Carol Brittin Chambers, composer and arranger, is currently the composer and owner of Aspenwood Music. She lives in San Antonio, Texas, where she is also on the music faculty at Texas Lutheran University, teaching composition and serving as Composer in Residence.

Chambers is commissioned each year to compose and arrange works for concert band, marching band, orchestra, and chamber ensembles. Her concert works have been selected to the J.W. Pepper Editors’ Choice List and the Bandworld Top 100 and have been performed at state educator conferences across the country, including the Midwest Clinic. She was most recently named the winner of the 2019 WBDI (Women Band Directors International) Composition Competition. 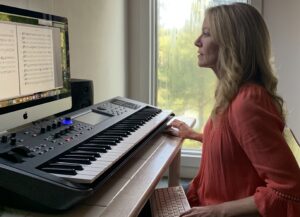 Before coming to TLU, Chambers taught middle school and high school band and private lessons for many years in the North East Independent School District, San Antonio, TX.  She has also consistently performed with groups such as the Mid-Texas and San Antonio Symphonies.

Chambers received a Bachelor of Music Education from Texas TechUniversity and a Master of Music in Trumpet Performance from Northwestern University.  She studied under Vincent Cichowicz, Will Strieder, John Paynter, Arnold Jacobs, and James Sudduth.  She and her husband Mark have three children:  Catherine, Joshua, and Julia.